Once the ‘Monsters of the Midway,’ the Chicago Bears finished the 2015 season in last place in the NFC North with a record of 6-10. The Bears are typically in the running for the division, but saw a step backwards in 2015 following the firing of GM Phil Emery and head coach Marc Tressman. Going into his second year as the Bears’ head coach, John Fox and the team have higher expectations for the 2016 season. Polarizing quarterback Jay Cutler returns for his eighth season under center for Chicago, who could miss the loss of starting running back Matt Forte, who signed this offseason with the New York Jets. The loss of Forte will put a lot of pressure on the untested Jeremy Langford to carry a heavy workload for a typically run-heavy offensive attack. The one player everyone keeps talking about is rising star wide receiver Alshon Jeffery, who finished last season on the IR after suffering a hamstring injury. Jeffery still managed to lead all Bears receivers in receptions; signed Alshon Jeffery mini helmets and footballs are becoming a more popular item in the sports memorabilia world. Kevin White is poised for a breakout 2016 season, the rookie wide receiver missed the entire 2015 season with a shin injury suffered in the preseason, but the expectations remain high for the former first round pick. The Bears are a tough team to gauge heading into this season, with some NFL season predictions ranging from 5-11 to 10-6. Expect improvement from their 6-10 2015 campaign, but the Bears will have a difficult task of passing the Green Bay Packers and Minnesota Vikings. Still, the offense under Fox and Cutler has fans excited to pack the seats of Soldier Field this season and shop online stores for Chicago Bears’ autographed products.

Coming off of an uncharacteristic 5-11 season, the 2016 San Francisco 49ers have higher expectations this season under new head coach Chip Kelly. Kelly brings his up-tempo offense to San Francisco after failing to change the landscape of the Philadelphia Eagles offense. The 49ers find themselves in a quarterback battle between last season’s starter Colin Kaepernick, who ended 2015 on the IR after being benched for Blaine Gabbert, former 2011 first round draft pick of the Jacksonville Jaguars. Either quarterback will benefit from having workhorse running back Carlos Hyde in the backfield. Hyde is expected to have a big 2016 season and his signed memorabilia, including signed mini helmets, footballs, and more, has seen a rise in popularity. The 49ers will have a hard time tallying more wins in the 2016 season and competing with a crowded NFC West division. The Arizona Cardinals and Seattle Seahawks are both Super Bowl contenders, and the Rams are a bit of a mystery as they begin their first season in Los Angeles. The San Francisco 49ers have lost too many key members of their once stout defense, and with a new head coach and quarterback controversy, you can’t expect a huge jump from the team in 2016. The 49ers remain a popular NFL team, however, and signed helmets, jerseys, footballs, and photos still attract plenty of interest. 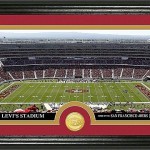 Welcome these new NFL players to the League. We have had public and private signings with the top rookies from the 2016 NFL Draft. These athletes include:

Have a special request? We can get it done.

Catcher – Salvador Perez leads all MLB catchers in hitting, Gatorade baths and personality. “Salvy” is the ladle that stirs the Gatorade in the cooler he will pour on a teammate after another Royals win. Perez’s signed baseball has been highly coveted following the Royals World Series win. His energy is infectious and the whole team seems to feed off his undeniable love for the game. Perez’s ascension into the elite level of backstops is just beginning. Salvador has a long career in Royal Blue ahead of him and a lot more Gatorade baths to give.

First Base – Perez’s teammate, Eric Hosmer is hitting his stride in his sixth MLB season. “Hos” has steadily improved with each season, now a decorated fielder at first, an All-Star and World Champion. Hosmer’s daring gamble in Game 6 of the World Series help lead his Royals to their first World Series title in over three decades. Eric Hosmer has graduated from the ranks of up and coming player to MVP candidate. Hosmer’s all-around game has him on pace for plenty of accolades in his presumably long, Kansas City career.

Second Base – The Super Utility Man, Ben Zobrist appears to be peaking in his late 30’s. Fresh off a World Series title with Kansas City, Zobrist signed a lucrative four year pact with the Chicago Cubs to rejoin his former Manager, Joe Maddon. Zobrist has dipped himself in the fountain of youth located somewhere near Lake Michigan. Ben earned Player of the Month honors in May of 2016. Zobrist plays all over the diamond at Wrigley Field and has Cubbie Faithful not wishing but expecting October Baseball on the North Side of Chicago.

Third Base – Arguably the quietest superstar in today’s game, Manny Machado has been posting obscene offensive numbers while flashing leather Orioles faithful have not seen since a Human Vacuum once occupied the hot corner. Machado’s smooth play and violent bat have placed him in American League MVP circles. Experts love his intangibles and cannot believe he does not get the press that Harper and Trout receive. Manny Machado signed baseballs are undervalued at the moment and we recommend grabbing some before demand raises his price.

Shortstop – Houston’s twenty-two year old phenom, Carlos Correa has lifted the Astros into the stratosphere with moon shots. Correa has lived up to the hype a first overall pick is accustomed to. Carlos Correa was one of the hottest selling autographs last winter and has remained amongst the best sellers in 2016.

Left Field – Yoenis Cespedes was one of the hottest names in 2015 after his trade to the New York Mets. Cespedes led the Mets to the World Series and later re-signed with the club. Yo’s towering shots have become a staple at Citi Field. Fans have embraced this macho man bravado. Cespedes has been bounced around four teams in his MLB career but he seems to have found a home in Flushing with the Mets. Yoenis Cespedes signed baseballs are hard to find.

Center Field – Another season, another top prospect promoted to Arlington. Nomar Mazara has lived up to his billing. Mazara is off to a torrid start to 2016 and many believe he has the inside track to American League Rookie of the Year. Collectors love loading up on the next big prospect so Nomar Mazara signed baseballs have been selling quite well. Mazara certainly appears to be the next big star out in Texas.

Right Field – You cannot mention the Texas Rangers without thinking about Jose Bautista. Despite taking a haymaker from Texas’ Roughned Odor, “Joey Bats” has been another popular seller. Bautista is on his last year of contract with the Toronto Blue Jays. Bautista has been adamant about wanting to remain north of the border with the Jays. Bautista has been a polarizing player since his climb up the Home Run leaders. Bautista now at a later stage in his career has been selling rather well.

Starting Pitcher – Clayton Kershaw seems to be setting a new MLB record every time he is on the mound. The Dodgers ace has been about as unhittable as anyone in the past few decades. Kershaw’s fastball on the black, his looping curve and changing of speeds have made him in the conversation as one of the best pitchers of all time. Clayton Kershaw autographed baseballs are undervalued, especially if we continued this stretch he is on to win another Cy Young Award.

Stars like being around stars. When the NFL’s most polarizing team, the Dallas Cowboys, met draft hopeful, Ezekiel Elliott, they knew he was one of a kind. Ezekiel Elliott’s talents, personality and larger than Texas smile wooed Cowboys’ brass to the level of taking him 4th Overall in the 2016 NFL Draft. Elliott seems to attract fans wherever he goes and Dallas seems like the perfect landing spot for a rising star. Elliott’s Ohio State following was thrilled to have him selected 4th, right behind Buckeye Joey Bosa. The two biggest stars on the team going back to back in the Top 5 was the perfect scenario for these teammates.

Ezekiel Elliott has gained fame in the memorabilia world after declaring for the NFL Draft in January. His first signing in Columbus sold 636 autographs to the public, a new record. Following close behind was Bosa’s 600. Zeke has a very distinct signature and has not shortened it one bit. Elliott’s very loopy, bold and full signature is a must have for all Buckeye collectors. It does not matter what item Ezekiel signs, it always looks good. Footballs, Mini Helmets, Full Size, Photos all look tremendous. Zeke’s Ohio State Memorabilia has been a hot seller since his Fiesta Bowl victory. Zeke’s popularity is only growing at this point – make sure to lock in your brand new Ezekiel Elliott Autographed Dallas Cowboys Memorabilia before it’s too late.